Johannes Leiner was born in 1993 in Landau (Pfalz), Germany, into a family of musicians. His musical education began at the age of 6 by taking piano lessons from Inge Weichmann. Later he took up the trumpet, following in the footsteps of his father. 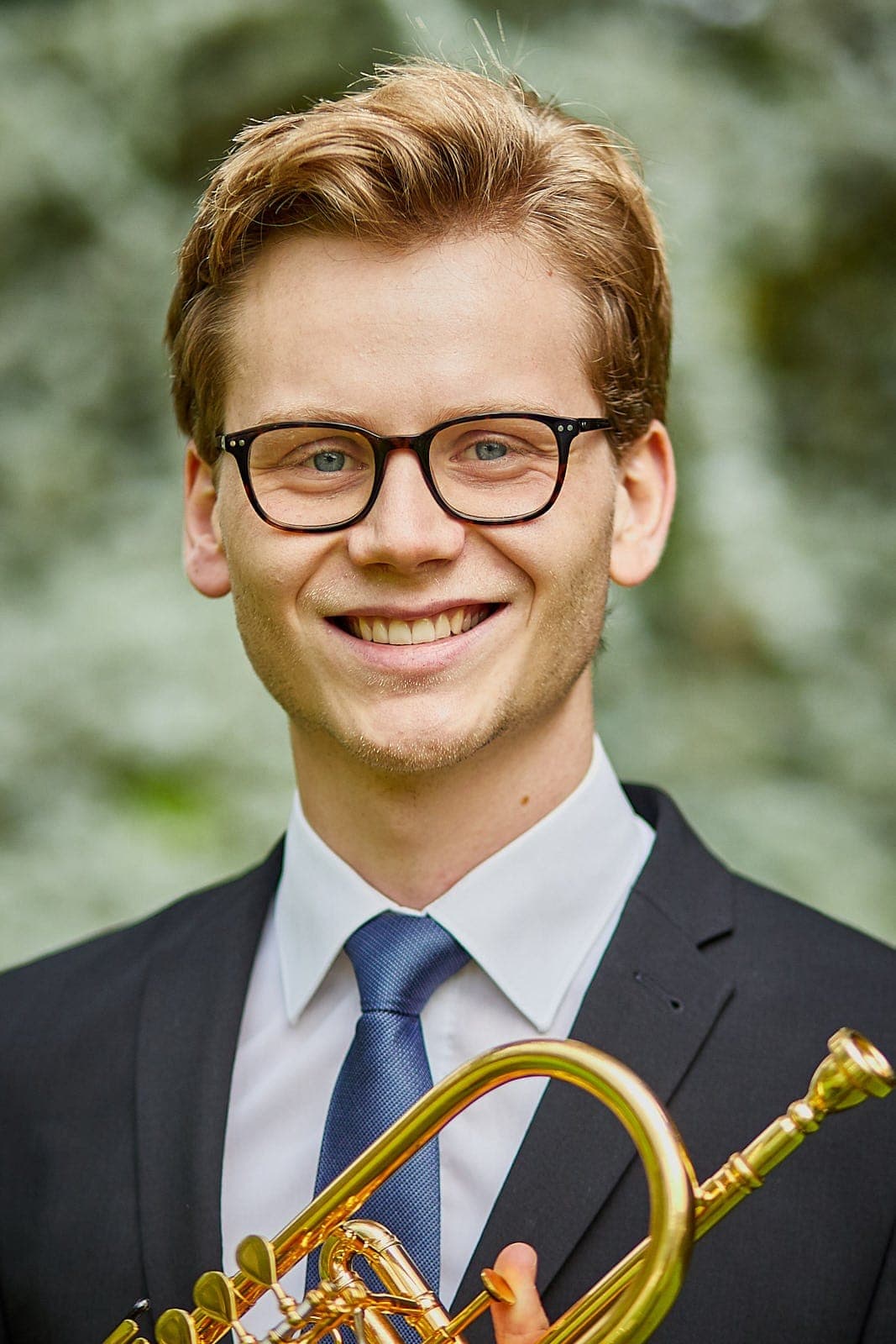 Like Mozart, he first received instruction from his father, moving on later to Laura Vukobratovic, until he was accepted to study at the Musikhochschule Karlsruhe in the trumpet class of Prof. Reinhold Friedrich in 2012.

Johannes also benefitted from several very influential years of playing in the Landesjugendorchester Rheinland-Pfalz (State Youth Orchestra of the Rhineland Palatinate) and has received numerous prizes at both the state and national levels of Jugend Musiziert, a German youth solo and ensemble competition, for his piano and trumpet entries.

He enjoys playing drums in his free time, and would have bought an Apple trumpet long ago, if there were such a thing as an iTrumpet.